The Office of Secret Intelligence (often abbreviated as the O.S.I.) is an American government agency that protects the world from evil and is the primary nemesis of The Guild of Calamitous Intent.

Very little has been revealed about the founding of the O.S.I., but it has been in existence since the Second American Revolution (the invisible one).

The Pyramid Wars of 1987 were major battles between The O.S.I. and the Original S.P.H.I.N.X. that ended with the complete disbandment of S.P.H.I.N.X.

It was revealed in season 7 that the O.S.I. was successfully duped into destroying S.P.H.I.N.X. by The Sovereign of the Guild of Calamitous Intent after he pinned the blame for the Movie Night Massacre on the rival organization.

From the late 1980s to the early 1990s, Brock Samson began his work at the O.S.I. under the tutelage of his mentor and partner, Hunter Gathers. At this time, most people did not think the Guild of Calamitous Intent still existed; to this day, the O.S.I. refuses to publicly acknowledge the Guild's existence. Before the Pyramid Wars, there was a strict dress code in place.

O.S.I.'s duties include protecting America from any threats, from within or out, by any means necessary. To that end, they have the ability to issue a License to Kill to their agents. The O.S.I. is extremely powerful due to its access to NexGen technology and training agents with abilities that are near super human. The organization has thousands of personnel and a plethora of weapons and armor. Notably, many of their high ranking agents have a prominent single characteristic, reflected in their clothing ever since they relaxed the dress code. Lower ranked agents wear uniforms. Their current headquarters are a massive, flying aircraft-carrier called the O.S.I. Hover-Quarters, though they have numerous secondary facilities including one inside Mount Rushmore and another masquerading as a Dummy Corp inside the VenTech Tower in New York.

Recently, their most important duty appears to be regulating the American hero and protagonist community. It's O.S.I. that sets the rules, assigns the bodyguards, and offers aide to counteract the villainous Guild of Calamitous Intent. O.S.I. also negotiates many of the most prominent treaties with The Guild. They also have the ability to gather various experts, from O.S.I., The Guild, and other organizations, when necessary to fight against a mutual threat. From the beginning of the series O.S.I. was led by the eccentric General Timothy Treister. Glimpses into their history have revealed that Colonel Hunter Gathers was at one time a one-on-one training agent. Before the reemergence of The Guild of Calamitous Intent, they mostly fought S.P.H.I.N.X., often in large battles. As of the end of season 4, General Treister trusts the charge of O.S.I. to former member (and former S.P.H.I.N.X. leader) Hunter Gathers when Treister decides to search off planet for the cure to his "peepee cancer". Gathers has led the O.S.I. in a similarly cavalier way as his predecessor, using an iron fist. 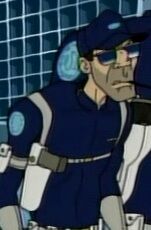 Hunter Gathers
Add a photo to this gallery 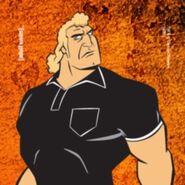 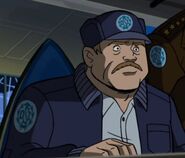 Snoopy
Add a photo to this gallery

Molotov Cocktease
Add a photo to this gallery

Dr. Vulcano
Add a photo to this gallery 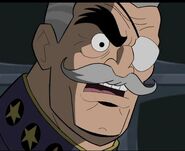 Mr. Doe and Mr. Cardholder (Rooted Out As Guild Spies)
Add a photo to this gallery 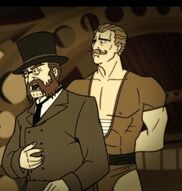 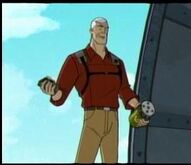 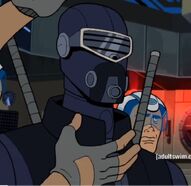 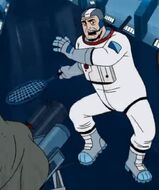 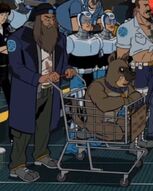 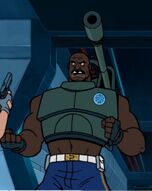 Sergeant Hatred (Quit)
Add a photo to this gallery

Retrieved from "https://venturebrothers.fandom.com/wiki/Office_of_Secret_Intelligence?oldid=49015"
Community content is available under CC-BY-SA unless otherwise noted.